The Project 'Monitoring Forest Cover in the Amazon Region' is an initiative of the Amazon Cooperation Treaty Organization (ACTO) for the development and implementation of integrated systems for monitoring forest cover. Main goals are contributing to forest management on issues related to deforestation, land occupation, changes in land use and sustainable forest management. Information about the extent and quality of forest cover in the Amazon region is available for the ACTO Member Countries.

The Monitoring Project has multiple strategic partners, such as the Ministries of Foreign Affairs and Environment of the Member Countries (Bolivia, Brazil, Colombia, Ecuador, Guyana, Peru, Suriname and Venezuela), as well as different donors. It also has the technical support of the Brazil National Institute for Space Research (INPE).

Monitoring Project is running in two phases. The first one began in June 2011 and the second in October 2013. In each of the stages were carried out the following activities:

Phase 1: “Monitoring Deforestation, Forest Use and Changes in Land Use in the Pan-Amazon Forest - RED PD 029/09 Rev.1 (F), funded by the International Tropical Timber Organization (ITTO) and the German Cooperation (BMZ / GIZ) and the Dutch Cooperation (DGIS). This phase consisted of the following components and activities:

- Installation of the National Coordination Units and the Regional Unit.

- Formulation and evaluation of national plans.

- Monitoring of regional activities and promoting the exchange.

Phase 2: "Monitoring of forest cover in the Amazon Region", beginning in October 2013 with Amazon Fund. The following actions are currently underway:

Regarding the main results of the Monitoring Project over the period from 2011 to 2017, can be highlighted among others, the strengthening of a common dialogue between Member Countries; and the development of information related to monitoring of forest cover by the National Observation Rooms (OR) installed in countries during 2012. Likewise, it may be remarked:

The project supports the continuity of government initiatives related to monitoring deforestation and changes in land use. Each of the Member Countries has a National Coordination Unit which facilitates the agreements on the development of monitoring systems in the Amazon region.

The Member Countries of ACTO formulated their respective National Monitoring Plans or updated existing plans. These plans, validated in national workshops, were presented at the Regional Workshop in Lima, Peru, in August 2014.

The OR for monitoring deforestation in the Amazon region were installed in 2012 in all Member Countries of ACTO. Installation and startup of activities in each country was conducted with the support of the National Coordinating Bodies designated by the countries.

In order to implement the Monitoring Project and operations in Observation Rooms agreements were signed in 2010 and 2013 with Brazil National Institute of Space Research (INPE). The agreements promote the training of technicians of the Observation Rooms in monitoring technologies and ensure support to the OR.

Tropical Forests Monitoring courses with TerraAmazon/PRODES system are performed with the ability to provide updated information on deforestation. The ACTO agreement with INPE/CRA also includes satellite monitoring of fires; as well as obtaining information through the use of mapping and land cover areas already deforested.

The Region Deforestation Maps are an indicator of the efforts of member countries to combat illegal deforestation. It has to be emphasized that with the support of the Observation Rooms in the Member Countries of ACTO, four amazon region deforestation maps were prepared. One covering the period from 2000 to 2010, a second one from 2010 to 2012, a third one referring to 2013 to 2014 and a fourth map from 2014 to 2015 planned to be published at the end of 2017.

Also at the end of this year there will be finished two Regional Maps on Land Use and Land Cover (2000-2010 and 2010-2012) based on previously deforested areas demarcated in regional maps. 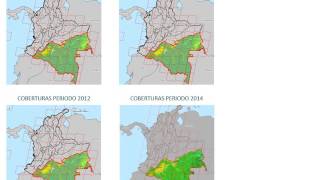 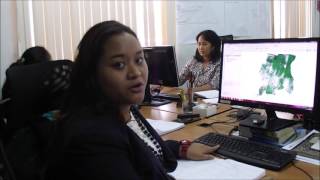 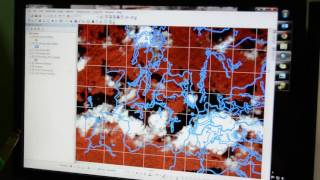 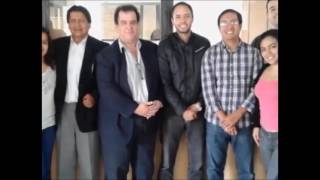